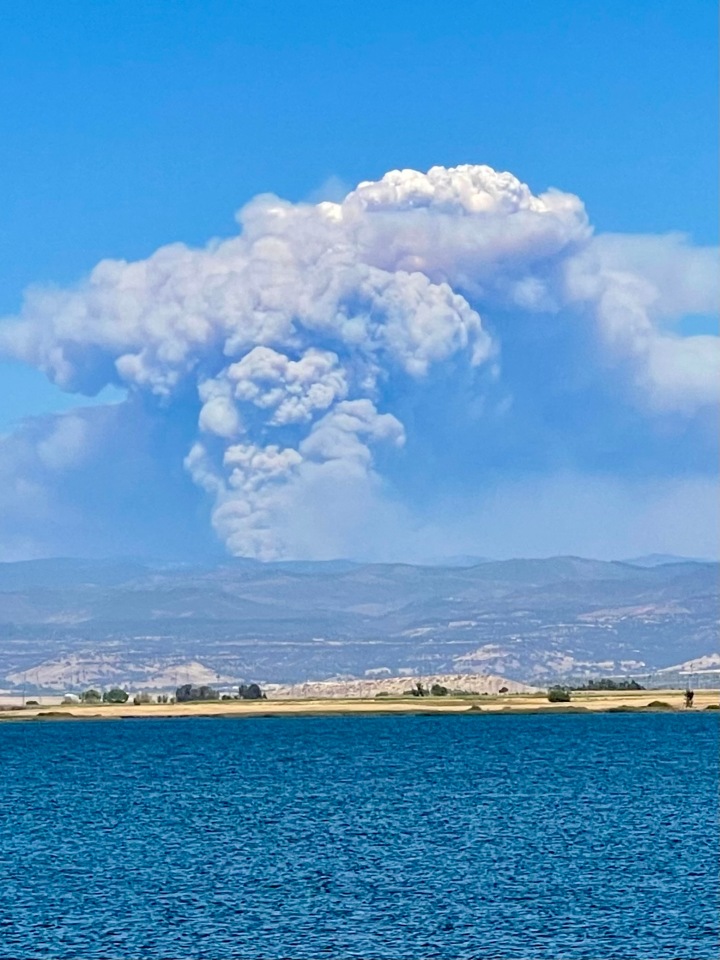 This fire, the #DixieFire, started at nearly the same location as the #CampFire, which burned down our hometown of Paradise California two and a half years ago.

It looks like the equipment of our utility company may have ignited this fire just like it did with the Camp Fire. Fortunately for Paradise folks, this time the winds were much milder and blowing away from Paradise. Unfortunately for others, the fire is burning towards them.

The fire generated a huge pyrocloud that reached 40,000 feet yesterday afternoon and then created its own lightening storm where black ashy rain fell. Very dangerous to be under such a cloud when it gets so heavy that it collapses.

We drove up to our property in Paradise today to check on things and ate lunch at one of the few places open in town. People in the restaurant looked anxious with the fire cloud very visible from town, even knowing the fire was burning away from them. It is heartbreaking to see that look of concern on faces. particularly the elderly. Most of the 85 people who died in the Paradise fire were over 60 years old.

This is just one of many fires burning in California and the Western United States. When I see this stuff up close again, I do curse about every tenth word. It is horrible to see and a terrible reminder of the past. I won’t curse in this post because many of the readers are good and decent folks, but $#%! &@# Pacific Gas and Electric. Are you trying to kill us?

This photo was taken at 2:30 today at the Thermalito Afterbay. Water looks nice.

This site uses Akismet to reduce spam. Learn how your comment data is processed.